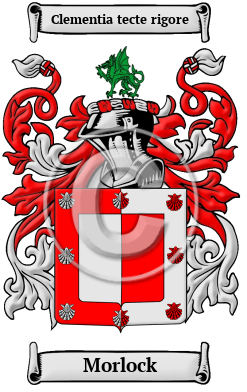 Early Origins of the Morlock family

The surname Morlock was first found in Yorkshire. This ancient Norman family assumed their surname from the town and lordship of Maule, in the Vexin Francois, eight leagues from Paris. Guarin de Maule, the young son of Ansold, Lord of Maule accompanied William the Conqueror to England and acquired the Lordship of Hatton, county York for his efforts. [1]

Early History of the Morlock family

Another 40 words (3 lines of text) are included under the topic Early Morlock Notables in all our PDF Extended History products and printed products wherever possible.

Morlock migration to the United States +

Morlock Settlers in United States in the 19th Century