King Edward I (1239-1307), commonly called Edward Longshanks due to his tall stature at that time, was crowned the King of England in 1272 at Westminster Abbey. He remained King until his death on 7 July 1307.[1] 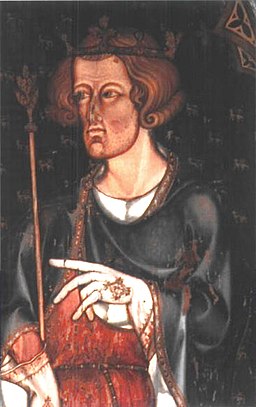 Edward I in Westminister Abbey [2]


After the rebellion of 1296, King Edward I of England marched north, captured Berwick, and carried on to Aberdeen. There he stripped John Baliol of his crown and carried the Coronation Stone of Scone back to Westminster Abbey and had it placed inside of a wooden chair, now known as King Edward's Chair or the Coronation Chair.[3]

The Stone of Scone (pronounced "skoon"), sometimes called the Stone of Destiny, was an extremely important symbol of Scottish heritage and the fact that it was never returned contributed to a strong discomfort between Scotland and England over the many years. 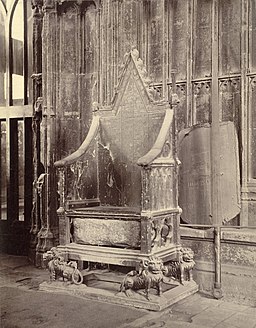 Coronation Chair with Stone of Scone in Westminster Abbey [4]


The Stone was used in coronations since 1308 and remained in Westminster Abbey until it was stolen in the 1950's. Upon it's return in that same year, it was kept in a vault.

In 1952, it was returned to its perch under the seat of the Coronation Chair at Westminster, where it was kept under tight security.

It was formally returned to Scotland on November 15, 1996. On November 30th the Stone arrived at Edinburgh Castle where the handover ceremony was held and the Stone was placed on display.[5]