The Clan from whom the Margie family descends began among the ancient Dalriadan kingdom of the west coast of Scotland. Their name comes from the personal name Aodh, which is often Anglicized as Hugh. The Gaelic form of the name is Mac Aoidh, which means son of Aodh. 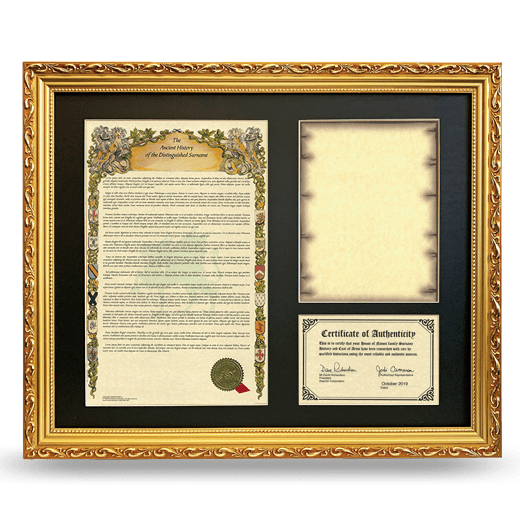 Early Origins of the Margie family

The surname Margie was first found in Ayrshire (Gaelic: Siorrachd Inbhir Àir), formerly a county in the southwestern Strathclyde region of Scotland, that today makes up the Council Areas of South, East, and North Ayrshire, where they held a family seat from early times and their first records appeared on the early census rolls taken by the early Kings of Scotland.

Early History of the Margie family

This web page shows only a small excerpt of our Margie research. Another 134 words (10 lines of text) covering the years 1296 and 1304 are included under the topic Early Margie History in all our PDF Extended History products and printed products wherever possible.

Historical recordings of the name Margie include many spelling variations. They are the result of repeated translations of the name from Gaelic to English and inconsistencies in spelling rules. They include Mackie, Mackey, MacHugh and others.

More information is included under the topic Early Margie Notables in all our PDF Extended History products and printed products wherever possible.

Migration of the Margie family to Ireland

Some of the Margie family moved to Ireland, but this topic is not covered in this excerpt.
Another 57 words (4 lines of text) about their life in Ireland is included in all our PDF Extended History products and printed products wherever possible.

Migration of the Margie family