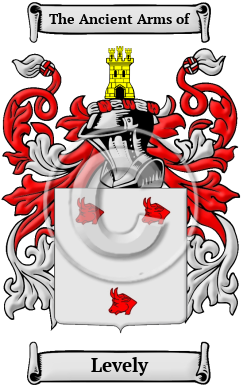 Early Origins of the Levely family

The surname Levely was first found in Cornwall where they held a family seat as Lords of the Manor of Castleharnock.

Early History of the Levely family

Notable amongst the family at this time was As early as 1172 branches of certain family surnames moved to Ireland with the invasion of Strongbow, still more were encouraged to be a part of...
Another 34 words (2 lines of text) are included under the topic Early Levely Notables in all our PDF Extended History products and printed products wherever possible.

Levely migration to the United States +

An inquiry into the early roots of North American families reveals a number of immigrants bearing the name Levely or a variant listed above:

Levely Settlers in United States in the 18th Century

Levely Settlers in United States in the 19th Century

Levely Settlers in Canada in the 19th Century