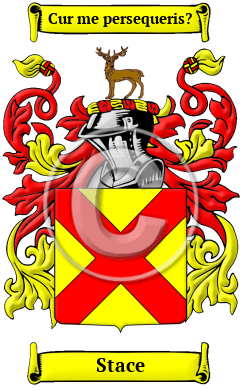 The Strongbownian invaders added their Norman conventions for surnames to the previously established Irish system for hereditary surnames. One of the most frequent forms of surnames for both cultures was the patronymic surname, which was formed from the name of the bearer's father or grandfather. The Norman tradition that the followers of Strongbow brought with them created such a surname through diminutive suffixes such as "-ot," "-et," "-un," "-in," or "-el." Occasionally, two suffixes were combined to form a double diminutive, as in the combinations of "-el-in," "-el-ot," "-in-ot," and "-et-in." The Normans also formed patronymic surnames in a manner very similar to the Irish: they added a prefix to their father's name. These Anglo-Norman people, however, used the prefix Fitz-, which was derived from the French word "fils," and ultimately from the Latin "filius," which both mean "son." Although this prefix probably originated in Flanders or Normandy, it can now only be found in Ireland. The surname Stace is derived from the personal name Eustace. This name is derived from the Latin name "Eustacius," which in turn is derived from the distinct Greek names "Eustakhios," which means "fruitful," and "Eustathios," which means "orderly."

Early Origins of the Stace family

The surname Stace was first found in County Meath, Wicklow and Wexford. They were Barons of Meath and later became the Viscounts Baltinglass.

Early History of the Stace family

This web page shows only a small excerpt of our Stace research. Another 166 words (12 lines of text) covering the years 1066, 1200, 1639, and 1702 are included under the topic Early Stace History in all our PDF Extended History products and printed products wherever possible.

Medieval scribes and church officials spelt names simply the way they sounded, which explains the various name spelling variations of the name Stace that were encountered when researching that surname. The many spelling variations included: FitzEustace, Eustace, Eustice, Eustis, Stacy, Stacey, Stasey, Stacie, Stacie, Staicey, Staycey and many more.

More information is included under the topic Early Stace Notables in all our PDF Extended History products and printed products wherever possible.

Stace Settlers in Australia in the 19th Century

Stace Settlers in New Zealand in the 19th Century