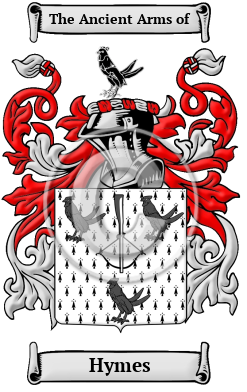 Early Origins of the Hymes family

The surname Hymes was first found in Cumberland, where they held a family seat as Lords of the Manor of Armathwaite from very ancient times, some say before the Norman Conquest of England by Duke William of Normandy in 1066 at the Battle of Hastings.

Early History of the Hymes family

In the United States, the name Hymes is the 12,202nd most popular surname with an estimated 2,487 people with that name. [2]

Hymes Settlers in Australia in the 19th Century