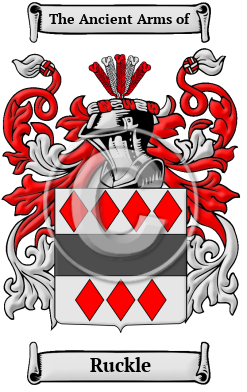 Early Origins of the Ruckle family

There are early references to the name in Wiltshire, but these have been lost through the ages. Worsbrough in the West Riding of Yorkshire was an ancient family seat. "Rockley Hall, now a farmhouse, was the seat of the family of Rockley, of whom Sir Simon Rockley founded the chapel in 1300." [2]

Early History of the Ruckle family

More information is included under the topic Early Ruckle Notables in all our PDF Extended History products and printed products wherever possible.

Ruckle Settlers in Canada in the 18th Century