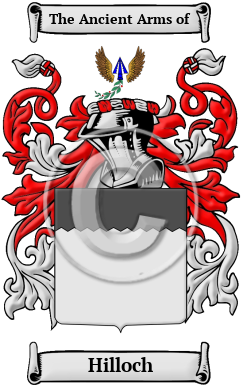 Early Origins of the Hilloch family

The surname Hilloch was first found in Glasgow, where John Hillock was a witness in 1517. A few years later, John Hyllok was witness at Tuliboill in 1546 and Robert Hillock was listed in Drumlithie in 1601. [1]

Early History of the Hilloch family

This web page shows only a small excerpt of our Hilloch research. Another 69 words (5 lines of text) covering the years 1546, 1627, 1767, 1829, 1767 and 1816 are included under the topic Early Hilloch History in all our PDF Extended History products and printed products wherever possible.

Notable amongst the family at this time was Sir John Hullock (1767-1829), Baron of the Exchequer, son of Timothy Hullock, a master weaver and proprietor of a timber-yard at Barnard Castle, Durham, born on 3 April 1767. In early life he is said to...
Another 44 words (3 lines of text) are included under the topic Early Hilloch Notables in all our PDF Extended History products and printed products wherever possible.

Hilloch migration to the United States +

Hilloch Settlers in United States in the 19th Century