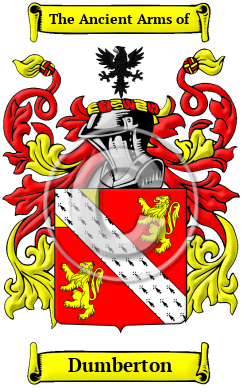 Early Origins of the Dumberton family

The surname Dumberton was first found in Gloucestershire where family name was first referenced in the year 1206 when Bernard de Dumbleton held the estates and village of Dumbleton in that shire. [1]

John of Dumbleton (fl. 1340), was an early English schoolman and was doubtless a native of the village of Dumbleton in Gloucestershire. Another John of Dumbleton was a monk at Worcester shortly before, and in 1299 was appointed prior of Little Malvern. [2]

Early History of the Dumberton family

This web page shows only a small excerpt of our Dumberton research. Another 118 words (8 lines of text) covering the years 1238, 1296, 1349, 1455 and 1487 are included under the topic Early Dumberton History in all our PDF Extended History products and printed products wherever possible.

More information is included under the topic Early Dumberton Notables in all our PDF Extended History products and printed products wherever possible.

Migration of the Dumberton family