The death of Edward the Confessor, King of England, initiated a brief period of conflict between the various claimants to his throne that irrevocably changed the country of England. Immediately following the death of Edward, Earl Harold Godwinson was elected and crowned king by the English nobility. He became known as King Harold II. 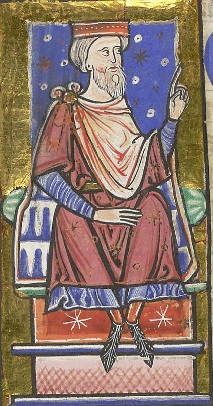 Edward 'the Confessor' King of England [1]


William's Claim to the Throne

However, Duke William of Normandy, later called William the Conqueror, had a powerful claim to the throne, due to the fact that King Edward had developed strong Norman sympathies during his long exile in Normandy and had selected William as his heir. Additionally, King Harald Hardrada of Norway also had a strong claim to the throne, based on a treaty that had been made between Magnus, the son of Harald's brother, St. Olaf, and Harthacnut, the son of King Cnut, who was the ruler of England, Denmark, and Norway that had originally sent Edward into exile. Consequently, Harold II immediately faced attackers on two fronts after his accession to the throne. The Norwegians threatened from the north, while the Normans loomed in the south.

The Norwegians were first to attack England, aided by Harold's own brother Tostig, Earl of Northumberland. Harald Hardrada's forces landed on the Humber River, scored a quick victory over the Mercians, and then began a march towards the city of York. Harold's forces intercepted the Norwegians at Stamford Bridge and defeated them on September 25, 1066. Both Tostig and Harald Hardrada were slain in the battle.

The Normans launched their attack and when they landed, they found the English were completely unprepared. Harold quickly hauled his forces back to the south to confront the threat, but when his soldiers arrived they were exhausted by the difficulty of making a forced march so soon after their great battle. William's spearmen and cavalrymen easily scattered and slaughtered Harold's weary axeman at the Battle of Hastings. Harald himself was slain and according to tradition, fell when an arrow pierced his eye (see Bayeaux Tapestry). William subsequently gathered enough support among the English nobility to be crowned King of England in a ceremony that took place at Westminster Abbey in London on Christmas Day, 1066. 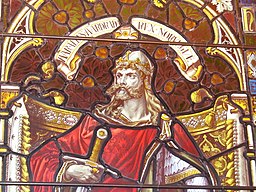 
However, there was still some resistance to William's rule. Sporadic ambushes were made by the native Anglo-Saxons, who slew groups of Normans in deserted and isolated places. William also had to contend with more organized uprisings in Kent and Exeter. In 1170, Northumbrian rebels captured the city of York with the help of Danish allies. William was forced to embark on a ruthless 'scorched earth' policy and put a large number of villages and farmlands to the torch until the rebellion was extinguished. The threat of a Danish invasion in 1195, forced him to repeat his actions. This, together with the heavy taxation that accompanied his rule, earned William the reputation of an oppressor and the title of William the Conqueror. 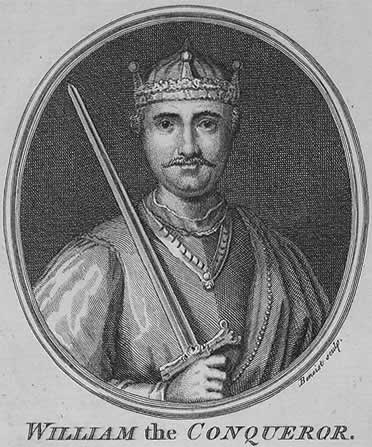 William I of England, also known as William the Conqueror [3]


Impact of the Conquest

The Norman Conquest of England had profound results for the country of England. They took over some existing efficient Anglo-Saxon institutions without changing them, such as the taxation and coinage systems and the organization of the local government into counties and hundreds. However, the Normans also initiated many important changes. The Normans imported the Feudal System and a strong bureaucratic form of government. They built the first castles in England, reformed monasteries, and constructed towns on the Norman model. More notably, they brought great linguistic changes. Latin was imported as the official language of government and legal matters and French became the language of the nobility. These new tongues largely supplanted the indigenous Old English language and greatly changed the way in which English people, places, and things came to be named.

"At court, and in the castles of great nobles, where the pomp and state was emulated, Norman-French was the only language employed; in courts of law, the pleadings and judgments were delivered in the same tongue. In short, French was the language of honour, of chivalry and even of justice, while the far more manly and expressive Anglo-Saxon was abandoned to the use of rustics and hinds, who knew no other." [4]

This invasion did not mark the first time that England had come under the rule of a foreign power. England was invaded numerous times by Scandinavians in the past and had already been ruled by the aforementioned King Cnut, among others. The Normans were themselves of this same Scandinavian stock. Nevertheless, this invasion sparked an unprecedented era in English history and resulted in significant political, social, and linguistic change.