Silesia is located in Central Europe with areas in Poland, Germany, and the Czech Republic. It became an official province in 1815 and has established a distinct culture and the Silesian language. Greater Moravia and Bohemia were the first known states in Silesia. 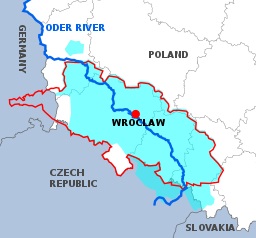 The German state of Silesia was named after the Silingers, who were a Germanic tribe that lived in Silesia between the 2nd and 6th centuries. Silesia became a part of the Polish State in the 10th century. In 1163, when a struggle for succession occurred, Emperor Frederick Barbarossa installed two Piast princes as the dukes of Upper and Lower Silesia.

In 1241, the Mongols invaded Silesia and defeated their troops at the Battle of Legnica on April 9, 1241. Wenceslaus II, who was a Bohemian king, became a leader of the Upper Silesian duchies. In 1335, Silesia became attached to the Kingdom of Bohemia, which was part of the Holy Roman Empire.[2] By the end of the 14th century, Silesia consisted of fourteen separate principalities and Breslau, reestablished in 1250 as a German city, became a trading center between the East and West.

The dukes of Silesia eventually exchanged their allegiance to Poland for that of their neighbor Bohemia, and as the Piast Dynasty gradually died out, their lands became crown properties of the Bohemian Crown. As a result of its dependency on Bohemia, Silesia came under the control of the House of Hapsburg, also called the House of Austria, in 1526.

Silesia, mainly Protestant, fought as an ally of Bohemia in the brutal Thirty Years' War (1618-1648). The land was overrun with invading armies and mercenaries, and almost three quarters of the population lost their lives. Silesia slowly recovered from the destruction with the support of Sweden, religious freedom was encouraged, and Emperor Charles VI attempted to encourage trade with Austria. In the 18th century, Frederick the Great of Prussia fought three wars against Empress Maria Theresa, the only woman to hold a German throne, in order to wrest Silesia from Austrian dominance. Despite Austria's determined resistance, the Prussian army defeated the Austrians in 1762. 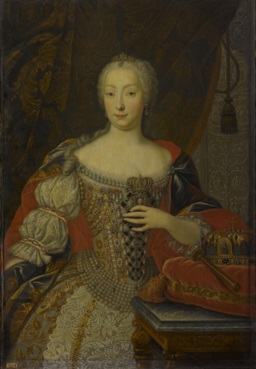 
As a territory rich in coal and fertile soil, Silesia was often the target of foreign invasions. After the Prussian victory over the Russians and the Austrians, Silesia entered a stage of major development as more settlers were encouraged to rebuild the devastated countryside. A land blessed with fertile soils in the north and rich iron, coal, and zinc deposits in the west and south, Silesia developed an industrial base, supplying raw materials for the expanding Prussian Empire. Its major cities include Breslau, site of a famous university and an uprising against Napoleon in 1813, and Liegnitz, a ducal seat and site of a Baroque castle.

In 1939, when Germany invaded Poland, Silesia was the first region under attack. Approximately 14% of the Silesian population was lost during World War II. 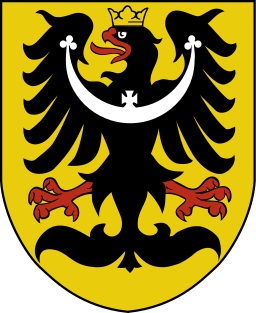 Coat of Arms of Silesia [4]