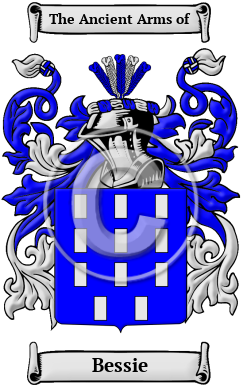 Early Origins of the Bessie family

The surname Bessie was first found in Forez, a former province of France, now part of the modern Loire département, the Haute-Loire and Puy-de-Dôme départements, where the family held a family seat from very early times.

Early History of the Bessie family

Bessie Settlers in Canada in the 18th Century