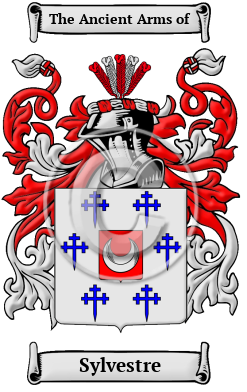 Early Origins of the Sylvestre family

The surname Sylvestre was first found in Lorraine, where this distinguished family was established in early times.

Early History of the Sylvestre family

Notable in the family name was Israel Silvestre the Younger (1620-1691), prolific French draftsman, etcher and print dealer; and his son, Louis de Silvestre (1675-1760), a French portrait and history painter...
Another 30 words (2 lines of text) are included under the topic Early Sylvestre Notables in all our PDF Extended History products and printed products wherever possible.

Sylvestre Settlers in Canada in the 17th Century

Sylvestre Settlers in Canada in the 18th Century