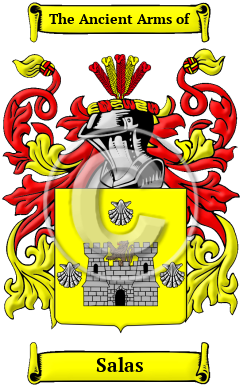 The name Salas is derived from the Germanic root word "sal," which means "building."

Early Origins of the Salas family

The surname Salas was first found in Asturias, birthplace of the Reconquest.

Early History of the Salas family

Spelling variations of this family name include: Sala, Salas and others.

Salas migration to the United States +

Salas Settlers in United States in the 16th Century

Salas Settlers in United States in the 19th Century