Early Origins of the Nordahl family

The surname Nordahl was first found in various places throughout Sweden as the name is derived from the Old Norse word for north. The name was originally a topographic name adopted by someone who lived to the north of a main settlement. When surnames finally became mandatory in Sweden in the 19th century, Nordahl, or one of the many compound names created from it were often adopted ornamentally, that is, the bearers did not necessarily have any association with the meaning of the name. These compound names used such suffixes as "dahl" (valley), "stedt" (homestead), "ström" (river), and others.

Early History of the Nordahl family

This web page shows only a small excerpt of our Nordahl research. More information is included under the topic Early Nordahl History in all our PDF Extended History products and printed products wherever possible.

Another 27 words (2 lines of text) are included under the topic Early Nordahl Notables in all our PDF Extended History products and printed products wherever possible.

Nordahl migration to the United States +

Nordahl Settlers in United States in the 19th Century

Nordahl Settlers in United States in the 20th Century 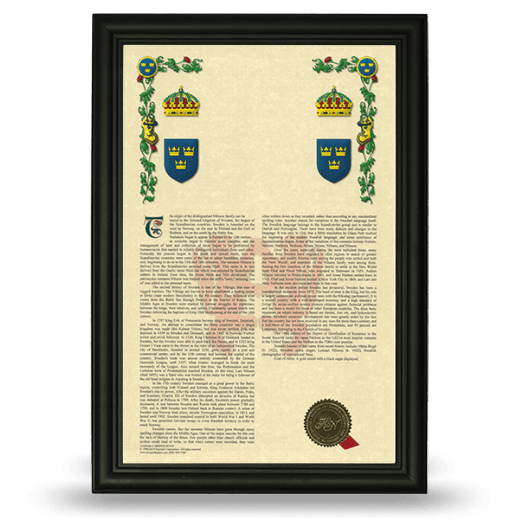