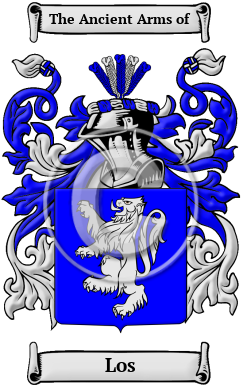 The surname Los is a topographic name derived from the Middle Dutch word "lo" which meant 'grove' or 'clearing'. The name was then originally for someone who lived in such a grove or clearing. The Dutch prefix "Van" means 'of' or 'one who lived at' and was often attached to location names to create a surname.

In Netherlands, the name Los is the 876th most popular surname with an estimated 2,295 people with that name. [1]

Los migration to the United States +

Los Settlers in United States in the 18th Century

Los Settlers in Canada in the 19th Century

Historic Events for the Los family +