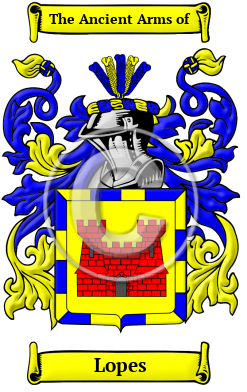 In Portugal, hereditary surnames were adopted according to fairly general rules and during the late Middle Ages, names that described a person's temperament or appearance were frequently used. Such nicknames sometimes became hereditary and were passed down as surnames onto further generations. The name Lopes is thought to be derived from the Latin word "lupus," meaning "wolf."

Spelling variations of this family name include: Lopez, Lopes, Lope, Llop, Lupus, Llopis and others.

Lopes migration to the United States +

Lopes Settlers in United States in the 17th Century

Lopes Settlers in United States in the 19th Century