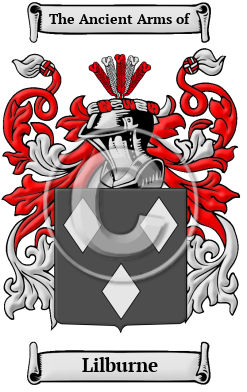 Early Origins of the Lilburne family

The surname Lilburne was first found in Durham at East Thickley, a township, in the parish of St. Andrew Auckland, district of Shildon, union of Auckland. "It belonged for many generations to the Lilburn family, of whom was Col. Lilburn, a celebrated leader on the side of the parliament in the civil war." [1]

Early History of the Lilburne family

Distinguished members of the family include John Lilburne (1614-1657), English political leader of the Levelers, a movement seeking democratic revision of the constitution and the social system of England; George Lilburne (ca.1585-1666), an English merchant and politician who sat in the House of Commons in 1654...
Another 46 words (3 lines of text) are included under the topic Early Lilburne Notables in all our PDF Extended History products and printed products wherever possible.

Lilburne migration to the United States +

Lilburne Settlers in United States in the 19th Century