Over the course of its history, the boundaries of Poland changed frequently and as a result, Polish names have much in common with other Slavic names in the way they are formed. Polish surnames often end with a diminutive suffix, such as "-owicz," "ak," "ski," or "ska." The family name Kowalczyk is an occupational type of surname, derived from the occupation of blacksmith. This name is a derivative of the word "kowal" which means "blacksmith" and, since this used to be a rather common profession, there were many bearers of the name. In fact, Kowalczyk is one of the most common surnames in contemporary Poland.

Early Origins of the Kowalczyk family

The surname Kowalczyk was first found in Galicia which lies in southern Poland on the northern slopes of the Carpathians. It was overrun by Monguls in 1223. The region is composed of Polish and Ukrainian natives, the latter being to the east. The Ruthenian nobles adopted the Catholic faith and the Polish tongue. The surname became noted for its many branches in the region, each house acquiring a status and influence which was envied by the princes of the region. In their later history the name became a power unto themselves and were elevated to the ranks of nobility as they grew into this most influential family.

Early History of the Kowalczyk family

This web page shows only a small excerpt of our Kowalczyk research. Another 71 words (5 lines of text) are included under the topic Early Kowalczyk History in all our PDF Extended History products and printed products wherever possible. 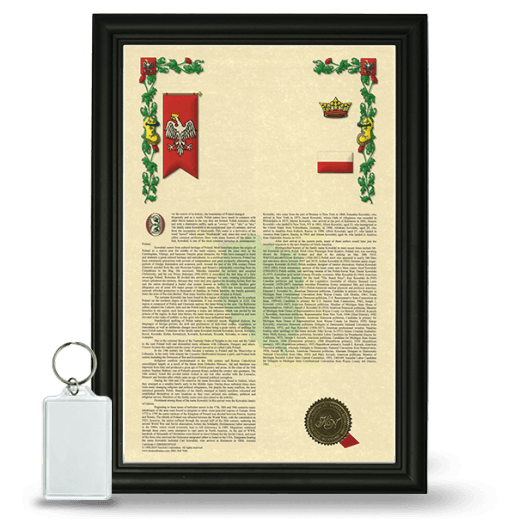 More information is included under the topic Early Kowalczyk Notables in all our PDF Extended History products and printed products wherever possible.

Migration of the Kowalczyk family

Historic Events for the Kowalczyk family +