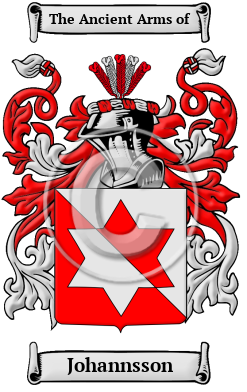 The surname Johannsson is derived from the personal name Johan or John. These names are derived from the Hebrew name Yochanan, which literally means "Jehovah has favored." This name, which was Latinized as Johannes, gained tremendous popularity during the medieval era. This is due to the exploits of St. John the Baptist, St. John the Evangelist, and nearly one thousand other saints of the same name. The suffix -son and its variants are translatable as 'son of.'