The distinguished surname Dieterichs has long been found in Switzerland. Dieterichs derives from the Germanic personal name Tederich (Theudoricus), which was composed of the elements "theud," meaning "people," or "race," and "ric," meaning "powerful." 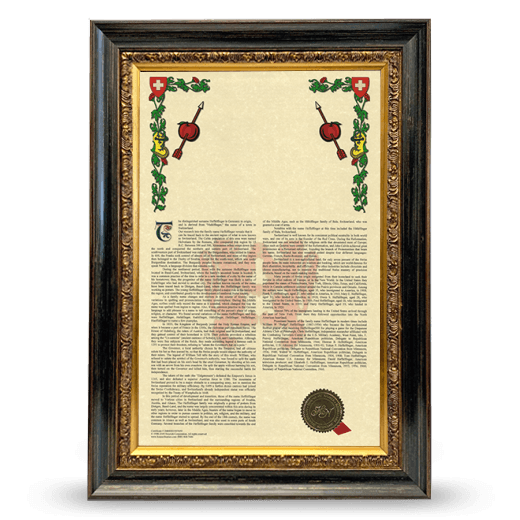 Early Origins of the Dieterichs family

The surname Dieterichs was first found in Switzerland, where the name Dietrich emerged in mediaeval times as one of the notable families of the region. The popularity of the name can be traced back to the major figure of Theodrich the Great, King of the Goths in the 5th century. From the 13th century the surname was identified with the great social and economic evolution which made this territory a landmark contributor to the development of the nation.

Early History of the Dieterichs family

This web page shows only a small excerpt of our Dieterichs research. Another 120 words (9 lines of text) covering the years 1825 and 1855 are included under the topic Early Dieterichs History in all our PDF Extended History products and printed products wherever possible.

Another 31 words (2 lines of text) are included under the topic Early Dieterichs Notables in all our PDF Extended History products and printed products wherever possible.

Migration of the Dieterichs family