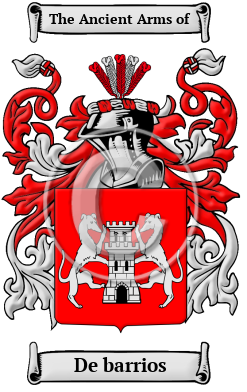 The surname De barrios was first found in Castile, an important Christian kingdom of medieval Spain.

De barrios Settlers in United States in the 19th Century