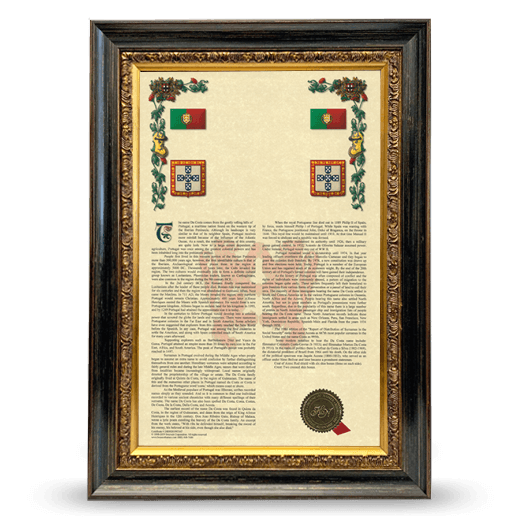 Early Origins of the Couto family

The surname Couto was first found in the region of Portugal. Early records of the Couto name from the thirteenth century indicate that Rui Goncalves do Couto was the original bearer of the surname as he was the son of Goncalo Rodrigues da Maia, who was the lord of the preserve, "couto" of Palmazaos.

Early History of the Couto family

This web page shows only a small excerpt of our Couto research. Another 73 words (5 lines of text) covering the years 1536, 1542, and 1616 are included under the topic Early Couto History in all our PDF Extended History products and printed products wherever possible.

Spelling variations of this family name include: Couto, do Couto, Coutos, Coutao and others.

Another 26 words (2 lines of text) are included under the topic Early Couto Notables in all our PDF Extended History products and printed products wherever possible.

In the United States, the name Couto is the 11,397th most popular surname with an estimated 2,487 people with that name. [1]

Couto migration to the United States +

Couto Settlers in United States in the 19th Century

Couto Settlers in United States in the 20th Century