One of the most interesting and useful sets of ancient manuscripts used in the research of family names from the British Isles are the Pipe Rolls, the earliest series of English financial records.

The Pipe Rolls were the written records of the crown revenue and expenditures for one financial year, which ran from Michaelmas, a Christian festival celebrated on September 29, to Michaelmas, as well as records of payments to the government and debts that were owed to the crown.

Small rolls composed of two membranes of sheepskin parchment, stitched together in the middle were collected and sewn together and stored in large "pipe-like" rolls, thus during the 14th century, they began to be referred to as the pipe rolls.[1] 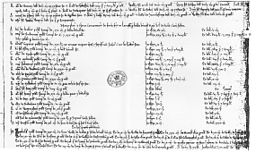 
The oldest surviving pipe roll dates from the 31st year of the reign of King Henry I of England (1130), and these documents are almost completely intact. A virtually continuous series runs from 1155 until 1835, at which point the Pipe Rolls were abandoned for more modern accounting methods.[3] 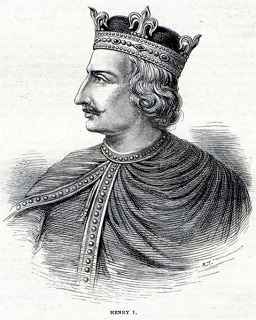 Illustration of King Henry I of England [4]


Originally, two copies of each roll were made. The earliest of these records have been published and are an invaluable source for social and administrative history.

Printed transcriptions of rolls have been published until 1221. The majority of them are by the Pipe Roll Society, along with the rolls covering the 1129-30 and 1141-42 financial years. Various sections of pipe rolls have been printed in County Record Society volumes. The Pipe Rolls are now held at The National Archives in London.

The early rolls were written in abbreviated Latin. In the 1650's English was used for a brief period before eventually returning to Latin. It was not until 1733 that the final switch was made to English. The script used was known as a clear Exchequer hand, which became more exaggerated with time.[5]