The distinguished surname Blasko is derived from the Czech given name "Blazej," which is itself derived from "Blaise," an old Roman family name which was originally a byname for someone with a speech or gait defect. The name was popular in Europe due to the fame of St. Blaise of Armenia, and became popular under a number of forms as both a surname and a given name during the Middle Ages. 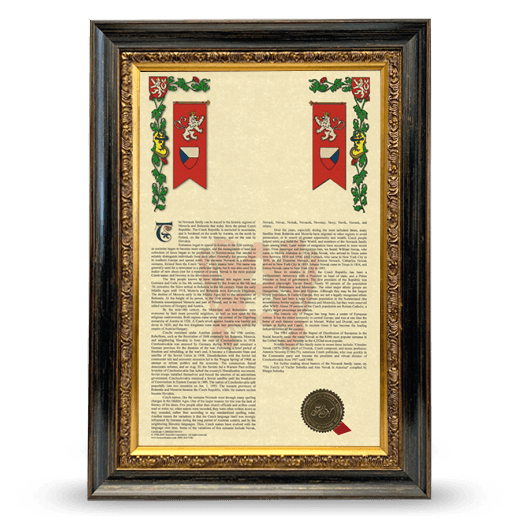 Early Origins of the Blasko family

The surname Blasko was first found in Bohemia, where it is thought to have first emerged. The earliest known bearer of the name was Conrad Blascke, who was living in Kassel, Germany in 1380. The young Blasko family played a major role in the early history of the region, and contributed greatly to the development of medieval Bohemian society.

Early History of the Blasko family

This web page shows only a small excerpt of our Blasko research. Another 129 words (9 lines of text) covering the years 1380, 1439, 1599, 1712, 1753, and 1815 are included under the topic Early Blasko History in all our PDF Extended History products and printed products wherever possible.

Another 31 words (2 lines of text) are included under the topic Early Blasko Notables in all our PDF Extended History products and printed products wherever possible.

In the United States, the name Blasko is the 12,098th most popular surname with an estimated 2,487 people with that name. [1]

Migration of the Blasko family