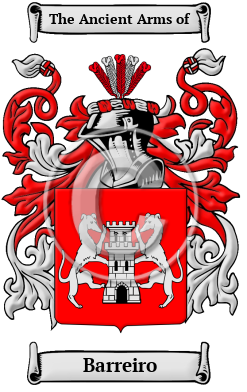 Noble surnames, such as Barreiro, evoke images of the ancient homeland of the Spanish people. The original bearer of the name Barreiro, which is a local surname, once lived, held land, or was born in Spain. Local names originally denoted the proprietorship of the village or estate. The surname Barreiro originally derived from the Spanish word Barrera which referred to a barrier and denoted that the family originally lived beside a gate or fence.

Early Origins of the Barreiro family

The surname Barreiro was first found in Castile, an important Christian kingdom of medieval Spain.

Early History of the Barreiro family

In the United States, the name Barreiro is the 15,591st most popular surname with an estimated 2,487 people with that name. [1]

Barreiro migration to the United States +

Barreiro Settlers in United States in the 19th Century