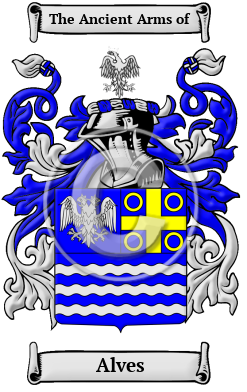 The surname Alves is patronymic, that is, it is a surname derived from the first name of a male relative. In this case, the surname is derived from the Portuguese/Spanish first name Alvaro, which is ultimately from the Germanic (Visigoth) words "all," meaning all and "wer," meaning true. The suffixes "ez - oz - iz - es" on the end of Portuguese names generally indicate that the name is of patronymic origin. There is also a place-name Alve which is located in Spain.

Early Origins of the Alves family

The surname Alves was first found in Portugal. Early records of this name in Spain frequently occur with the prefix "de," and there is a reference to one Martin Garcia de Alve recorded in Tolosa in 1346. 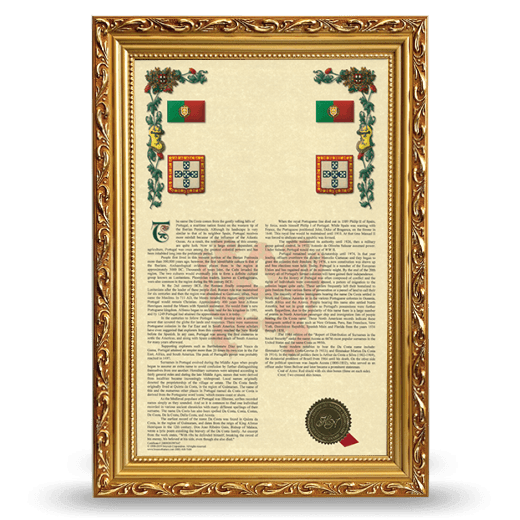 Early History of the Alves family

This web page shows only a small excerpt of our Alves research. Another 46 words (3 lines of text) are included under the topic Early Alves History in all our PDF Extended History products and printed products wherever possible.

Spelling variations of this family name include: Alves, Alvez, Alvarez, Alvares and others.

More information is included under the topic Early Alves Notables in all our PDF Extended History products and printed products wherever possible.

Alves migration to the United States +

Alves Settlers in United States in the 18th Century

Alves Settlers in United States in the 19th Century

Alves Settlers in Canada in the 19th Century