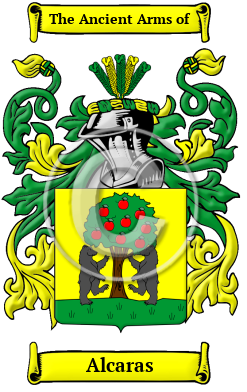 Early Origins of the Alcaras family

The surname Alcaras was first found in the kingdom of Castile, where a nobleman of unknown name who aided in the reconquest of the city of Alcaraz in 1213, was given that city's name to bear as his surname by King Don Alfonso VIII of Castile. One of his descendants was Mateo de Alcaraz, who was with Don Fernando III, " the Saint, " in 1227, during the conquest of Baeza, and the founding of the house of Lorca.

Early History of the Alcaras family

Spelling variations of this family name include: Alcaraz, Alcaras and others.

Migration of the Alcaras family