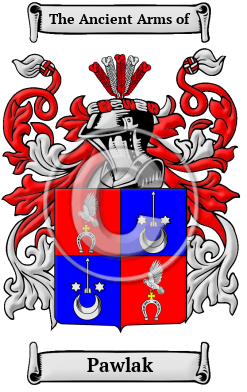 The surname Pawlak is derived from the given name Pavel, which is the Slavic form of the name Paul. Paul was originally derived from the Latin word Paulus, which meant small. The popularity of the given name Paul is a result of the widespread devotion to the apostle St. Paul and also to the frequency of the surname among the Roman pontiffs, six of whom to date have been named Pope Paul. In Eastern Europe, the name was common because of the Russian Tsar Paul I, who was Tsar from 1754 to 1801.