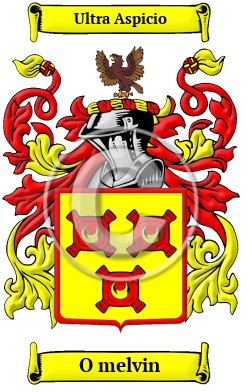 The surname O melvin was first found in East Leinster, where the prominent O Maoilmhin sept were established.

This web page shows only a small excerpt of our O melvin research. Another 36 words (3 lines of text) are included under the topic Early O melvin History in all our PDF Extended History products and printed products wherever possible.

More information is included under the topic Early O melvin Notables in all our PDF Extended History products and printed products wherever possible.

Migration of the O melvin family