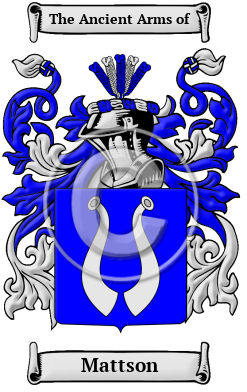 In the United States, the name Mattson is the 2,101st most popular surname with an estimated 14,922 people with that name. [1]

Mattson migration to the United States +

Mattson Settlers in United States in the 17th Century

Mattson Settlers in United States in the 19th Century

Mattson Settlers in New Zealand in the 19th Century

Mattson Settlers in West Indies in the 17th Century

Historic Events for the Mattson family +

Suggested Readings for the name Mattson +