The second shipment of convicts to New South Wales, known as the Second Fleet was very different than the First Fleet in that this fleet was contracted to private businesses. For the most part the fleet arrived at Sydney Cove in June 1790, except the Guardian, which struck ice off the Cape of Good Hope, the most south-western point of Africa, and was wrecked on the coast.

Those on these ships suffered notoriously brutal conditions: high rates of mortality and disease, and excessive use of leg-irons. Blame for the conditions was pointed at the private shipping firm used. The company, a former slaving contractor, had been undertaken to transport, clothe, and feed the convicts for a flat fee of £17 7s. 6d per head, whether they arrived in Australia dead or alive. Realizing the potential for profits in this arrangement, they maximized their cargo, and minimized their expenditures on food and medicine to a brutal degree. Of the 1,026 convicts who sailed, 267 died (26%) on the journey, and 40% were dead within the first six months in Australia.

The one ship that stood out among the Second Fleet was Lady Juliana, which only carried female convicts. The ship departed Plymouth, England on July 29, 1789 and sailed for 309 days before arriving at Port Jackson on June 6, 1790, making it the first ship from the Second Fleet to arrive in New South Wales. Only five of the 226 women on board died before arriving in Australia, which is significantly less than the other convict ships. The steward, John Nicol, and the surgeon, Richard Alley, were responsible for keeping the passengers so healthy in comparison to the other ships. All rations were distributed equally, the ship was fumigated and kept clean, and the passengers had free access to the deck for fresh air. Fresh food and supplies were also gathered at each port that Lady Juliana stopped at. [1]

Mary Wade (1775-1859), who was just 13 years old at the time, is recorded as the youngest convict aboard Lady Juliana. She is considered one of "founding mothers" of Australia. By the time Mary passed away in 1859, she had approximately 300 descendants living in Australia.[2] 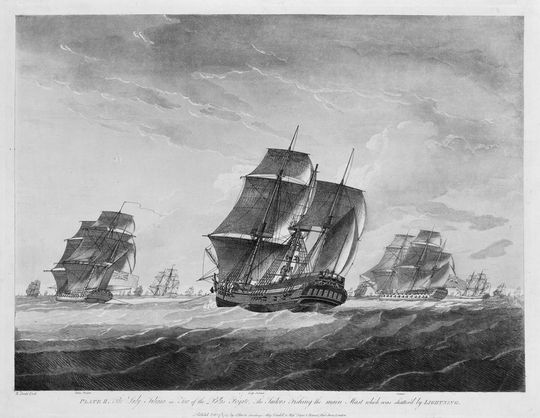 
The Six Ships of the Second Fleet