The distinguished Spanish surname Archuleta is of local origin, deriving from a geographical or man-made characteristic near which the initial bearer lived or held land. In this case, the surname Archuleta comes from the place name Arechavaleta. Derived from the unique Basque language, Arechavaleta uses the Basque words "(h)aritz" (oak tree), "zabal" (wide) and "eta" (indicating plurality), which together meaning "wide place where oak trees grow."

Early Origins of the Archuleta family

The surname Archuleta was first found in Arechavaleta (Spanish form of Arechabaleta,) located in the provinces of Alava and Guipuzcoa in the Basque Country (North of Spain and bordering with France). Bearers of the surname Archuleta may claim descent from one of the most ancient and noblest lineages of the Basque country, northern Spain, with the earliest references to the name dating from the tenth century.

Early History of the Archuleta family

This web page shows only a small excerpt of our Archuleta research. Another 57 words (4 lines of text) covering the years 1572 and 1598 are included under the topic Early Archuleta History in all our PDF Extended History products and printed products wherever possible. 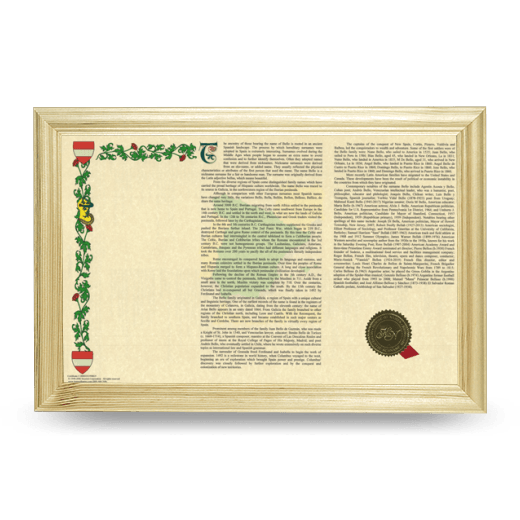 Prominent among bearers of the family name at this time was Armengoa, captain of the Basques, who fought against the French in the tenth century and, according to tradition, was a...
Another 31 words (2 lines of text) are included under the topic Early Archuleta Notables in all our PDF Extended History products and printed products wherever possible.

Migration of the Archuleta family

Some of the first settlers of this family name or some of its variants were: Ortuna De Arechavaleta who emigrated to Peru in 1569 with his wife, Isabel del Rio, and his daughter, Isabel. Among later settlers was Santiago Arechavola who came to New Orleans in 1829 at the age of 35. The $ family is listed among the founding families of New Mexico..